Originally founded in the 1970s by Dr. Konstantin L. Valtchev, Conkin Surgical Instruments Ltd. has grown from a small gynecology instruments manufacturing company in the suburbs of Toronto, Ontario into an internationally recognized brand for surgeons worldwide. Dr. Valtchev, a gynecologist surgeon himself, developed and commercialized the very first uterine mobilizer, the Conkin Valtchev® VUM-5, after experiencing first hand the need for better suited instruments during gynecological and obstetrics procedures. Years later, Dr. Valtchv released the improved Valtchev® Uterine Mobilizer VUM-6, which is a uterine manipulator that offers an increased range of movement, 15 degrees of retroversion and an ergonomic design that enables single handed manipulation. To this day, the VUM-6 is still widely considered to be among the best manipulators on the market. 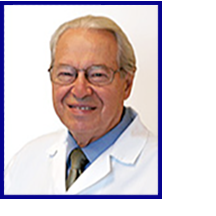 Founder, instrumental in the research and development of Conkin Surgical Instruments